In December 2010 a canvas by the late Rosemary Ziar was presented to St Ives Library, on loan from her family. Entitled ‘Portreath 1974’, it hangs alongside works by her contemporaries Ben Nicholson, Wilhelmina Barns-Graham and Bryan Pearce. That this painting has found a new home in St Ives is entirely appropriate. Elizabeth Rosemary Rowe, whose birth in the nearby Sheaf of Wheat pub in 1919 entitled her to describe herself as a ‘hake’*, came from a family with a long tradition in tin mining and farming. Her maternal grandfather was Madron Trembath, who had been the mine captain at Geevor. After his premature death her grandmother married Thomas Job, the licensee of the pub. Her aunt, Mabel Trembath, was a colourful figure who helped out behind the bar. Mabel lived to a great age and recalled serving D H Lawrence and his wife on their regular visits to St Ives from Zennor during the First World War. Lawrence was a conscientious objector and Frieda was German, so the couple were viewed with a great deal of suspicion by the locals.

Not long after Rosemary was born to Mabel’s sister Grace Rowe, the family moved to Penzance. From a young age her strong sense of colour and design suggested that she had inherited her mother’s artistic talent, and while still at school she won national awards for illustration and design. ‘St Michaels Mount’ was painted when Rosemary was only seventeen. While she portrays the cloudy sky with a lightness of touch, the surface of the water achieves an intensity unusual for a watercolour.


In 1937 she became a student at the Penzance School of Art under the inspirational directorship of James Lias, who encouraged her talent for watercolour. Her fellow students included Gay Sagar Fenton and Sheila Cavell Hicks.The outbreak of World War II put a temporary stop to their studies. For the duration of the conflict she and Gay shared a cottage, first at Rinsey, and then at Perranuthnoe, while she worked as a land girl. It was a tough life, but in the atmosphere of the west Penwith landscape she felt an affinity with the spirit of her forebears and the mysteries of Celtic pre-history.

Following Lias’ sudden death in 1941, Bouverie Hoyton became head of Penzance School of Art, to which Rosemary returned as soon as the war was over, before completing her education at St Ives School of Painting under Leonard Fuller. The Newlyn Society of Arts Winter Exhibition catalogue of 1947 (priced at threepence!) reveals that she was exhibiting alongside such illustrious names as S J Lamorna Birch, Charles Simpson, and Dod and Ernest Procter. The titles of her exhibits, ‘Sennen Cove’ and ‘Fisherman’s Cottage’, suggest that she was drawing inspiration from her surroundings. In ‘Country Lanes’ the flattened perspective and sinuosity of form is characteristic of much of her work (although this image dates from a much later period – probably 1970s). While she exhibited with the Newlyn Society of Arts for much of her career, she was too much of an individual to identify herself with the mainstream, describing herself as a ‘loner’.


At the age of 27 Rosemary married Ian Malcolm Ziar. He had been interned as a prisoner-of-war in Italy following capture during Rommel’s campaign in North Africa. In 1948 their son Perran was born. Ian established a dentistry practice in St Ives, where he was to work for the next 30 years, though the family made their home in Penzance.

Perran Ziar (also a dentist, now semi-retired) remembers his mother painting at the kitchen table when he was a young boy. In 1962 he began life at boarding school, so she was able to devote more time to her art practice, working from a spacious studio in their house. She would travel round west Cornwall, producing rapid pencil sketches of the landscape from the vantage point of her car, often in the company of her friend Sheila Cavell Hicks. These preliminary works would be developed back in the studio into completed paintings in her favourite medium, watercolour.

In his opening speech at a 1962 solo exhibition of Rosemary Ziar’s work, held at the Morrab Studios in Penzance, the St Ives artist and tutor Malcolm Haylett paid tribute to the conflicting demands on her time, remarking that ‘these pictures have been painted against a background of busy domestic life – and that is something I salute.’

At this time she began to develop a parallel career in Europe. Although they never lived abroad, the couple enjoyed travelling, especially in France, where Ian had relatives. Rosemary felt very much at home in Brittany, with its Celtic myths and traditions. In ‘Concarneau Etude’ the artist employs strong, confident brushstrokes to capture the essence of a scene which has a timeless, dreamlike quality to it.


From 1972 she began exhibiting at the Paris Salon, and was awarded the Diplome d’Honneur at the Biarritz International Salon, and the Coupe d’Antibes at the international exposition of paintings and sculpture in Juan-les-Pins. Her work was shown in Italy as well, and was acquired by collectors from North America to New Zealand.

But she was happiest when preparing work for private exhibitions. In the UK her work was popular in Cornwall and beyond. Rosemary’s daughter-in-law Jane Ziar recalls a show held at the Framers Gallery in Penzance at which every painting was sold during the preview. A keen gardener, she was never short of still life subjects. A review of a 1990s show at Penzance’s Bakehouse Gallery entitled ‘Flower Power’ described her work as ‘powerful’. Paintings such as ‘Christmas Cactus’ were never straightforward representations of nature. The inclusion of elements of the fantastical testifies to a unique creative imagination.


Over the years the artist collected the reminiscences of her aunt Mabel Trembath. These formed the basis for a book of folk stories which Rosemary produced in 1991 entitled ‘Good Morrow Brother’** capturing the flavour of life in west Cornwall a hundred years ago. The book is generously illustrated with Rosemary’s ink drawings .This proved to be the ideal medium for depicting the dramatic outline of an engine house silhouetted against the sky, for instance, or a crashing wave of tsunami-like proportions. Interspersed are richly coloured compositions inspired by the romance of classical literature. Human and animal figures are portrayed with tenderness and humour. ‘Good Morrow Brother’ is dedicated to her three grandsons, Hilary, Christian and Vivian Ziar.


After a long and happy marriage, Rosemary was widowed in 2000. She could look back on an artistic and literary career which embraced a wide range of subject matter, from the design of book covers to the representation of the legends of St Piran, in Perranuthnoe Church. Responding to the Torrey Canyon environmental disaster of 1967, she produced a painting entitled ‘Oiled Bird’. She was a pacifist, deeply and vocally opposed to Britain’s invasion of the Falkland Islands in 1982.

On her death in 2003, aged 83, an obituary in ‘The Times’ described her paintings as ‘elegant and entertaining ... brushed by black as well as white magic’. France’s art establishment honoured Rosemary’s artistic achievements during the height of her creative powers. Nearly ten years after her death, a retrospective show in Cornwall would enable these distinctive, edgy and engaging artworks to reach a wider audience.

** The greeting ‘Good morrow brother’ refers to the response of the superstitious to a magpie crossing one’s path.

Grateful thanks to Perran and Jane Ziar for additional material, and to all owners for permission to reproduce images by Rosemary Ziar. 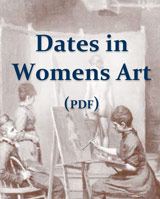